EE is a system where applications of Skilled Workers are managed according to Comprehensive Ranking System. One must score 67 points based on the 6 selection factors criteria to become eligible to enter profile in Express Entry.

Each program has its own eligibility requirement as given bellow:

Language Skills: CLB 5 for Listening and speaking, CLB 4 for reading and writing
Work Experience: Canadian or foreign experience in a skilled trade under key groups of NOC B. Two years within last 5 years (either combination of full-time or part-time work) A valid job offer of full-time employment for a total period of at least 1 year or a certificate of qualification in that skilled trade issued by a Canadian provincial, territorial or federal authority
Education: Not required

Language Skills: English or French skills. CLB 7 if your NOC is 0 or A. CLB 5 if your NOC is B
Work Experience: Canadian experience in 1 of these NOCs 0, A, B in Canada in the last 3 years (either combination of full-time or part-time work) Job offer not required
Education: Not required

This program targets those foreign nationals who have skills, education and work experience to contribute to the economy of a specific province or territory, want to live in that province, and want to become permanent residents of Canada.

Each province and territory have its own “streams” (immigration programs that target certain groups) and requirements. For example, in a program stream, provinces and territories may target, students, business people, skilled workers, semi-skilled workers.

The application process depends on which program or province you are applying to. You can either apply through:

In the paper-based process:

Application processing times are longer under Provincial Nomination Program than through Express Entry.

There are 2 ways to apply:

There are two options under this pilot program;

As of June 18, 2019, eligible caregiver can apply for permanent residence through the Home Child Care Provider Pilot or Home Support Worker Pilot if you:

Through these pilots, you’ll get an open work permit to come to Canada and work temporarily. This work permit is occupation-restricted (so you have to work in that specific occupation). It doesn’t need a Labour Market Impact Assessment (LMIA).

To find out if you are eligible for this program, please contact us for an initial assessment. 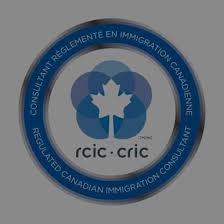