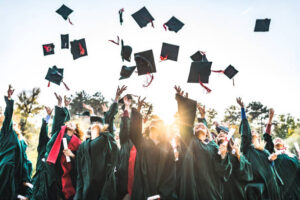 At present, International Students are allowed to work for 20 hours a week only.

He explained that Canada is facing historic shortfall of labour that is affecting Canadian Economy across Canada. As of today, Canada’s rate of employment fell to 5.2 % in September from 5.4 % in August.

The announcement encompasses that from November 15, 2022, until December 31, 2023, international students who are in Canada and have authorization to work off campus will be allowed to work more than 20 hours per week off-campus while class is in session.

This temporary measure will also apply to foreign nationals who have already submitted a study permit application as of today and IRCC approve their application.

Book a Consultation to know more about your prospects

At present, international students can only work full time during scheduled breaks and keep them focused on studies, during sessions, they are allowed only 20 hours. However, with this new announcement, which came in because of the labour shortage estimated at 1 million vacancies, will allow international students to work full time during an active session as well as scheduled breaks until December 2023 effective November 15, 2022.

International Students make a huge contribution to Canadian economy in terms of tuition fee, taxes and filling labour shortages across Canada. Mostly, students who become permanent residents, quickly make their progress by integrating in the Canadian job market due to their language skills, Canadian educations and work experience.

During COIVD 19, Canadian economy has significantly relied on international students. Provinces across Canada also rewarded international students through various stream by offering permanent residence. Importance of international students cannot be ignored, and this is why Government of Canada has always put in efforts to retain them by inviting and landing large number of students under Canadian Experience Class. The historic draw at 75 score, and TR2PR (Temporary Residence to Permanent Residence) in 2021 was a record breaking by landing 405,000 new immigrants and enabled 90,000 temporary residents to apply for permanent residence respectively.

Shaista Amjad is a Regulated Canadian Immigration Consultant (RCIC) and also licensed to represent clients before Immigration and Refugee Board of Canada (IRB). She holds a Post Graduate qualification in Immigration and Administrative Law from Canada.